The truth behind Marvin Windows

The truth behind Marvin Windows

More than 50,000 homeowners in the Central Valley have trusted our products and workmanship since we’ve been in business, which has earned Hall’s Window Center a 97 percent satisfaction rating.

We couldn’t be prouder. But we also recognize that it takes a good partnership to deliver this kind of reliable quality. Let us introduce you to one of the three window manufacturers we’ve teamed up with to give you a top-notch selection: Marvin Windows’ Integrity line.

The Marvin Companies, similar to Hall’s, is a family owned and operated business now in its third and fourth generation, headquartered in Warroad, Minnesota. They’ve been on the forefront of the current trend toward larger windows—windows that essentially form walls in residential homes—developing ways to insure the glass and framing maintains its integrity in structural performance. 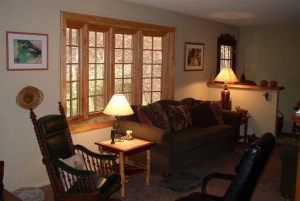 It began when George Marvin arrived in town in 1904 to run a grain elevator. Eight years later, he owned his own lumber company, penciling in loans to his workers and suppliers in a little black notebook he kept in his pocket. He was a community resource during the Great Depression, even buying a bank at one point to prevent farmers from having their mortgages foreclosed.

This mindset naturally led him to explore ways to keep his own company producing even in the brutally cold winter months. His oldest son eventually hit on the answer: manufacturing doorframes, and the opportunities began to pour in.  It’s no wonder Builder magazine named Bill Marvin one of the 100 most influential people of the 20th century building industry.

Marvin makes each product to order, one at a time. That means you are in the driver’s seat on innovation and customizing, all without giving up energy efficiency options to make your dream a reality. Infinity’s Ultrex fiberglass outperforms and outlasts both vinyl and roll-form aluminum. So it’s OK to think outside of the box, because Infinity products can keep up.

This brand was introduced in 1994. “We didn’t join the fiberglass window and door industry, we pioneered it,” says Susan Marvin.

As a result, Marvin’s Infinity windows grace Surf Gallery House. a beach house/gallery for modern art in Wrightsville Beach, North Carolina, and form the exterior of the 10,000-square-foot Ghostdance home in the Milwaukee suburbs.  Berry College in Georgia used Infinity products on the Cage Athletic and Recreation Center, The Hermitage Club in Wilmington, Vermont, turned to Marvin and the bright red Kootenay Phoenix home in British Columbia wouldn’t look the same without these windows’ punch.

Trust us, we love to fangirl over the brochure pictures, too. All 332 of them across North America. Drop in to Hall’s showroom today and we’ll help you create your own award-winning design.